Abu Dhabi Classics is back for its ninth edition, and the 2020 lineup offers a unique and immersive experience allowing everyone to explore and enjoy the magic and diversity of the classical music universe. This event is held under the patronage of His Highness Sheikh Abdullah bin Zayed Al Nahyan, Minister of Foreign Affairs and International Cooperation of the UAE, presented by Department of Culture and Tourism – Abu Dhabi and brought to you by du Live, Abu Dhabi Classics 2020 will feature some of the leading contemporary artists in Arabic and Western classical music, and reinforce Abu Dhabi’s position as the culture arts and music capital of the Middle East.

With limited tickets for the week-long unique and immersive experience, organisers have lined up a classic treat for ticket buyers. Those who purchase tickets for the performances will be entered into a draw to win an exclusive meet and greet with the star performer following their concert.

Ticket holders who have already secured their seats for their favourite performer will also be entered into the draw, for the once-in-a-life opportunity to meet with a star from the world of classical music or ballet.

From the most famed singer’s in the Arab World and acclaimed classical artists, to rising stars and a celebration of the 250th birth anniversary of the legendary Beethoven, here’s the top reasons to attend the Abu Dhabi Classics, from 28 January to 7 February at Cultural Foundation, Emirates Palace, Abu Dhabi and du Arena, Yas Island.

Take in the delights of the Cultural Foundation

One of Abu Dhabi’s enduring landmarks, the Cultural Foundation is packed with history, architectural heritage, and steeped in Emirati culture. Designed in a unique manner to serve as a mirror of the past, the present, and the future, effectively amalgamating ethnic cultures and traditions with a slice of modernity, the Cultural Foundation, housed in the iconic Qasr Al Hosn complex, in downtown Abu Dhabi, is a brilliant medium to understand, experience, and witness Abu Dhabi’s journey through the ages.

Catch one of the most famed Arab artists – Magida El Roumi, LIVE

Headlining the 2020 season of Abu Dhabi Classics is the legendary Lebanese vocalist Magida El Roumi, who will captivate the du Arena, Yas Island, on February 7 through her crystal-clear voice and extraordinary vocal range. Having ruled the Arabic music world across the past four decades, El Roumi has recorded hits across a range of musical genres – from classical Arabic music to modern Arab pop.

In 2012 she released an album ‘Ghazal’, a collection of songs she spent six years working on with poets and composers.

Having kicked off her career at the tender age of 16, El Roumi’s climb to the top of the Arab world’s musical charts and her longevity makes her a more than worthy act to close out another spectacular season of Abu Dhabi Classics.

The great grandniece of the legendary Umm Kulthum, one of the Arab world’s most accomplished and popular singers, Sanaa Nabil is carving out a fantastic reputation in her own right as a singer. After a stunning debut on reality TV show Arabs Got Talent, where Nabil regaled fans with classic renditions of ‘Ifrah Ya Albi’, and ‘Itna Omri’ among others, performances that won her the golden buzzer, she has built up a strong following aged just 17. Having started her musical journey under Dr. Ahmad Abdullah, a leading Egyptian Oud player, her prowess as a singer was immediately apparent, being crowed the winner of the International World of Mugham competition at the age of 16.

Piano concertos, a core genre of western classical music, will be brought to life by acclaimed French pianist David Fray as he takes the stage at the Cultural Foundation to open the ninth season of Abu Dhabi Classics on January 28 with an inspirational performance of German composer Johann Sebastian Bach’s concertos for 2, 3, and 4 pianos. Fray, widely referred to as the most inspired Bach player of his generation, will be accompanied by ace pianists Emanuel Christien, Audrey Vigoureux, and Jacques Rouvier. The quartet will be complemented by the prestigious Geneva Chamber Orchestra, with the combination taking spectators on an enthralling journey through some of the most abiding western classical music experiences. On Saturday February 1, acclaimed French pianist Lise de la Salle will perform Dances, a programme which will explore dance rhythms from various times including pieces by Ravel, Stravinsky, Bartok and Debussy, as well as music from American dance culture and Latin America.

Witness the wonder of the ballet

A star-studded cast of principal dancers and leading soloists from the world-renowned Bolshoi Ballet will treat the Abu Dhabi Classics audience to stunning assortment of famous adagios, pas de deux, duets and scenes from some of the most internationally acclaimed ballets including The Nutcracker’, ‘Swan Lake’, ‘Sleeping Beauty’, ‘Spartacus’, ‘Don Quixote’ and many more, at the Cultural Foundation on Friday 31 January.

Held under the patronage of His Highness Sheikh Abdullah bin Zayed Al Nahyan, Minister of Foreign Affairs and International Cooperation of the United Arab Emirates, Abu Dhabi Classics offers a unique and immersive experience allowing everyone to explore and enjoy the magic and diversity of the classical music universe.  The 2020 season will feature some of the most promising talents in Classical music, creating a true artistic dynamic for both the artists and the public. The programme will include world-renowned orchestras and soloists, inspiring ballet, and renowned artists, including Magida El Roumi, and a variety of performing arts, bringing together the strongest line up to date.  This season of Abu Dhabi Classics offers something for everyone.

On February 5, the globally renowned Hamburg Symphony Orchestra will perform Beethoven’s world-famous 9th Symphony, a piece which is seen as a turning point in musical history, ushering in the 19th century’s ‘Romantic’ period. The concert at Emirates Palace will be an unmissable experience for fans of music and culture, with more than 100 musicians and a chorus of 70 singers performing a wonderfully uplifting piece, which represents humanity, tolerance and unity.

For more information or to book tickets to the most influential and prestigious classical music programme in the Middle East, visit www.ticketmaster.ae

Here are the highlights:

The highly anticipated Abu Dhabi Classics 2020 will commence with David Fray and Friends, as they perform Bach’s Concertos for Two, Three, and Four Pianos with the Geneva Chamber Orchestra.

A star-studded cast of principal dancers and leading soloists from the world-renowned Bolshoi Ballet will treat the Abu Dhabi Classics audience to stunning assortment of famous adagios, pas de deux, duets and scenes from some of the most internationally acclaimed ballets including The Nutcracker’, ‘Swan Lake’, ‘Sleeping Beauty’, ‘Spartacus’, ‘Don Quixote’ and many more.

Founded in 1957, the Hamburg Symphony Orchestra, one of Hamburg’s three largest orchestras, will perform works by Tchaikovsky and Brahms on 4 February at the Cultural Foundation and Beethoven’s 9th (‘Choral’) Symphony on 5 February at du Arena.

Magida El Roumi is celebrated internationally as one of the Arab world’s greatest sopranos. She will bring her takes on Classical Arabic music and modern Arab pop as well as her crystal-clear voice and extraordinary vocal range to the season’s spectacular finale concert.

Experience the beauty and grace of star-studded cast of dancers from the world-renowned Bolshoi Ballet company, during Abu Dhabi Classics 2020 on 31 January! For tickets, please visit Ticketmaster.ae 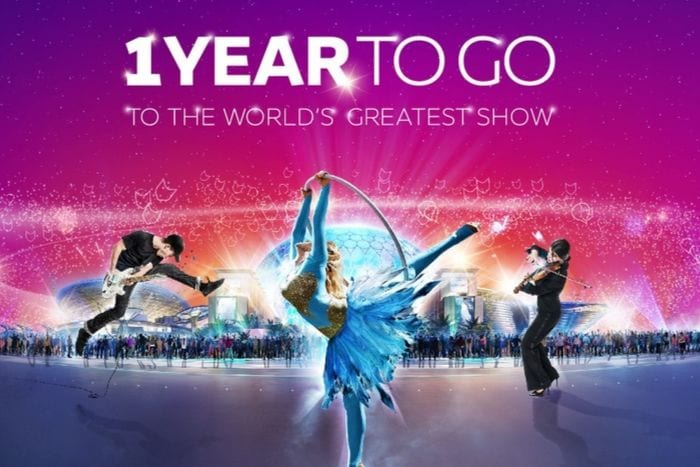