HEALTHCARE: How to navigate life with diabetes

PARTNER CONTENT: Diabetes mellitus refers to a group of diseases that affect how our body uses blood sugar (glucose). Glucose is an important source of energy for the body and the brain cells.

As obesity figures reach an all-time high, diabetes is becoming more common. According to statistics by the International Diabetes Foundation, at least 500 million people in the world suffer from diabetes, with 73 million cases in the MENA region.

The number is expected to reach a startling 100+ million in the coming decade. Type 2 diabetes, which is mainly found in adults, accounts for 90 per cent of diabetes cases; whereas there are about eight million people with Type 1 diabetes; 1.5 million (18 per cent) are younger than 18 years.

Type 1 diabetes, which is an autoimmune disease with no known cause or cure, appears mainly during childhood and in teenage years, but it can also develop in adults.

As part of Diabetes Awareness Month this year, the theme revolves around ‘Access to Diabetes Education’. More importantly, it underpins the larger multi-year theme of ‘Access to Care’.

With that in mind, scaling-up world-class access to diabetes medicine and care is becoming a major priority for the UAE. And the newly opened Paediatric Endocrinology Department at Danat Al Emarat hospital stands as a testament to just that.

Headed by Dr Abdulla Aljunaibi, the department, which specialises in the management of diabetes, growth issues, hormonal disorders and obesity in children, hopes to serve multiple purposes, including everything from awareness to education while ensuring provision of the best treatment.

How diabetes can affect your child

When children are tested positive for diabetes, fears for their safety are of a great concern. It is a disease for the entire family, and even schools, to adapt and cater to. But more fundamental is understanding the matter at hand.

Largely speaking, diabetes has two chronic types, Type 1 and Type 2 diabetes. In Type 1, the pancreas makes little or no insulin, which is an important hormone that the body uses to deliver sugar (glucose) to the cells for energy. Whereas in Type 2, there is insufficient secretion of insulin or lack of proper action (insulin resistance) as a result of an unhealthy lifestyle and obesity.

Dr Abdulla explains that for Type 1 diabetes, the exact cause is unknown. Normally the immunity protects the body from harmful bacteria or viruses. Unfortunately, and for unexplained reasons, the body’s immunity starts attacking the beta cells found in the pancreas, the function of which is to produce insulin. This process destroys the cells and thus the body is unable to produce insulin, resulting in symptoms of high blood glucose levels including increased thirst, frequent urination or bed wetting even in a potty trained child as well as weight loss and fatigue. 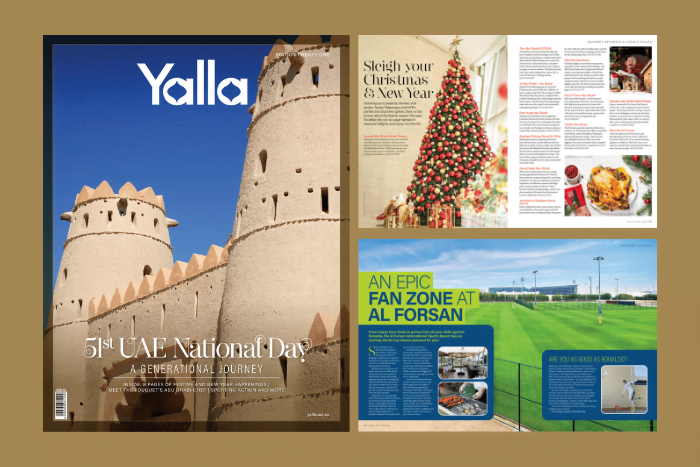 While in general hormonal disorders across all ages have the same pathophysiology, how it is managed varies greatly.

“It starts from managing the child, the parents, and then dealing with the school and the community. There are a lot of challenges we are handed as paediatric endocrinologists,” says Dr Abdulla.

The change can seem too much and too fast, especially in the beginning. Suddenly the child and his family are learning how to administer injections, count carbohydrates and monitor blood sugar. However, research and medicine alongside technology have advanced enough to improve the quality of life.

At Danat Al Emarat, the in-house laboratory and radiology departments ensure a quick turnaround time for tests. Experts like Dr Abdulla make every effort to clarify all concerns about your child’s problems.

The hospital also works closely with sister facility HealthPlus Diabetes & Endocrinology Centre, to ensure successful transition and continuity of care at the adult endocrinology clinic. As the doctor informs, there are several leaps in terms of treatment.

“Technology now plays a big part; there’s a lot of advancement in the mode of treatment. We have different types of insulin, including short-acting insulin that works within 15 minutes and covers the meal the child eats. There’s also long-acting insulin that will mimic the pancreas in terms of secretion.

”Things have got better in terms of the insulin pump as well. The Sensor Augmented Pump allows the child to communicate their exact needs, manage insulin secretion and adjust doses on a continuous basis. Of course, the same is accessible to all patients at Danat Al Emarat.Constant research and monitoring are the best and only way forward.

Every three months, we do something called the Haemoglobin A1c, which is basically a measure of the average blood sugar of the past three months. Based on the tests, we are able to monitor the ideal amounts in order to reduce further complications,” says Dr Abdulla.

“We bring the kids here as well to have their sensors downloaded and checked because nowadays there are different modes of evaluation such as ‘Time in Range’, which is essentially, checking what’s the percentage of time the child spends with their blood sugar levels in the target range.

“We also monitor their thyroid function and screen them for celiac disease since they are at higher risk for it, which is also relative to children without Type 1 diabetes, but only about five to 10 per cent are at risk for either of these diseases.

”Furthermore, as per international guidelines, children at Danat Al Emarat are also screened by an expert team for further complications of diabetes including nephropathy, which is the deterioration of kidney function and retinopathy, a disease of the retina, among others.

While technology continues to lay down the foundation for a promising future, there are still several large kinks to iron out.

If obesity rates continue to skyrocket, so will the cases of diabetes in children; not just Type 1, but also more dangerously, Type 2. Most adults seem unaware of the increase in the latter cases, which speaks to the pressing need for further awareness and campaigning on the same.

While diabetes may not be entirely unavoidable, a healthy diet, physical activities, and avoiding smoking can take you a long way especially in Type 2 diabetes.

Meanwhile, we can continue to provide a safe space and strong support system for those we know.

As Dr Abdulla says: “Type 1 diabetes is a non-curable disease which is overwhelming, but nothing that can’t be managed. Apart from monitoring, children who have Type 1 diabetes live normal lives just like those without the condition.

“They are not treated in a different way; they just need to be taken care of.”