PARTNER CONTENT: The news we have all been waiting for; The Arts Center at NYU Abu Dhabi (NYUAD) has released details to is Season 8 programme.

From live conversations to stunning theatrical performances, the lineup is shaping to be the biggest and best programme to date.

Here are all the shows from The Arts Center at NYUAD Season 8 programme. 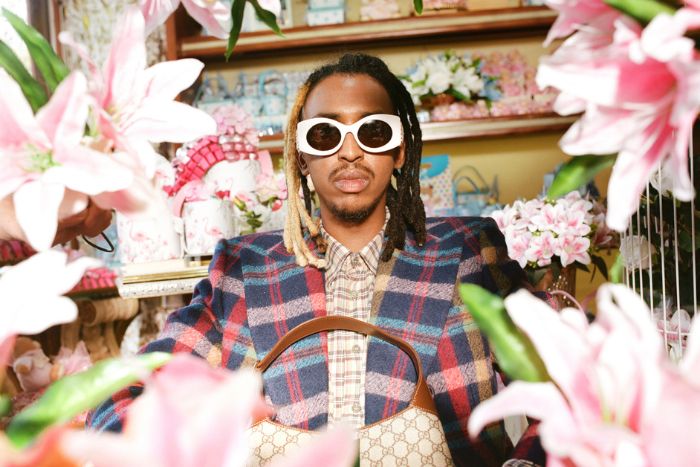 International and local stories of migration collide in a multimedia live music concert taking place at The Red Theater on 8 September at 7.30pm. Movement LIVE combines the energy of a concert with the intimacy of storytelling, complete with rich visuals and immersive sound design, in a podcast come to life. 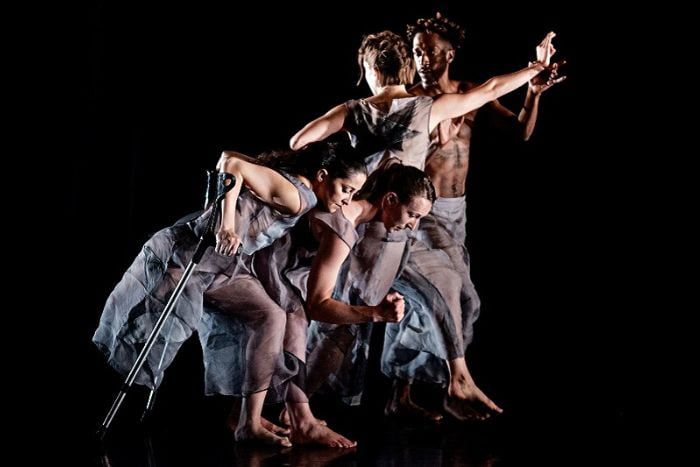 Experience intimacy, virtuosity, and precision embodied in movement by the world’s foremost inclusive dance company at The Red Theater at 17 September at 7.30pm. 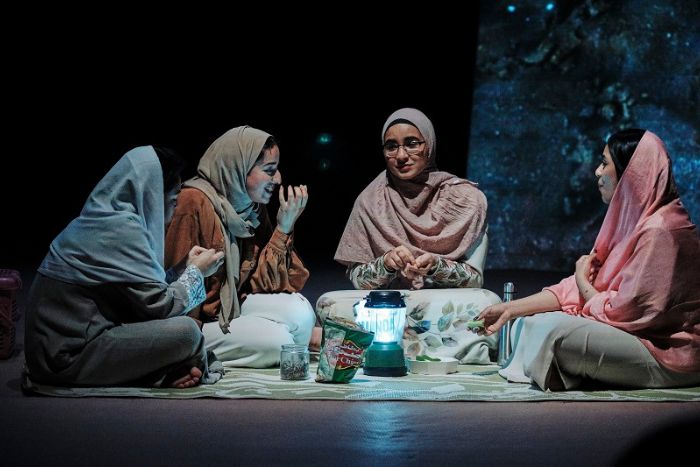 Award winning director Joanna Settle and NYUAD Alumni Reem Almenhali present a revival of the 2020 theater production at The Black Box that explores the depth and diversity of life as a woman in the UAE. Weaving rich Arabic and English language poetry with a backdrop of images and movement, Al Raheel | Departure explores womanhood and the future. It reflects on a body that stays while a world changes. Catch the show from 29 September to 1 October at 7.30pm and on 2 October at 3pm. 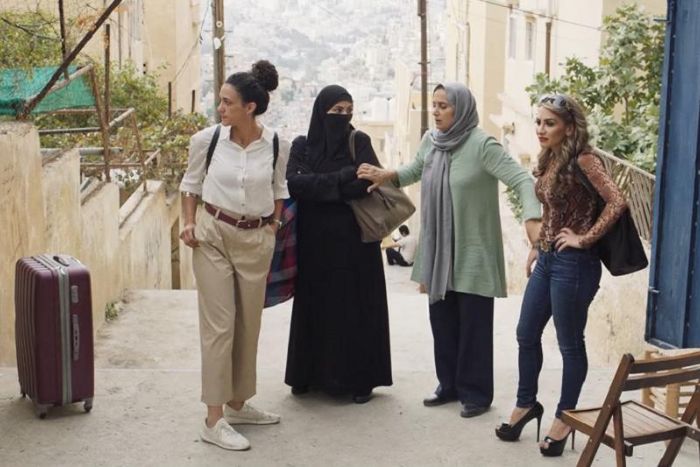 Head to The Blue Hall on 3 October at 7.30pm and enjoy A live conversation with Jordanian filmmaker Zaid Abu Hamdan, accompanied by his film, Daughters of Abdul-Rahman.

Cosmic Music: A Contemporary Exploration into the Music of John and Alice Coltrane

Acclaimed saxophonist Ravi Coltrane takes to The Red Theater stage on 6 October at 7.30pm and reimagines the spiritual and ecstatic music of two jazz pioneers.

Contemporary and Urban Dance: What The Day Owes To The Night is an extraordinary whirlwind of movement blending contemporary and urban dance with martial arts. Be amazed at The Red Theater 26 October at 7.30pm.

Making their UAE debut, Raul Midón and Alex Cuba provide an evening of soul, jazz, and Latin pop sounds, featuring solo and duet sets at The East Plaza at 3 November at 7.30pm.

Enjoy A live conversation with Palestinian filmmaker Hany Abu-Assad, accompanied by his film, Huda’s Salon at The Blue Hall on 7 November at 7.30pm. 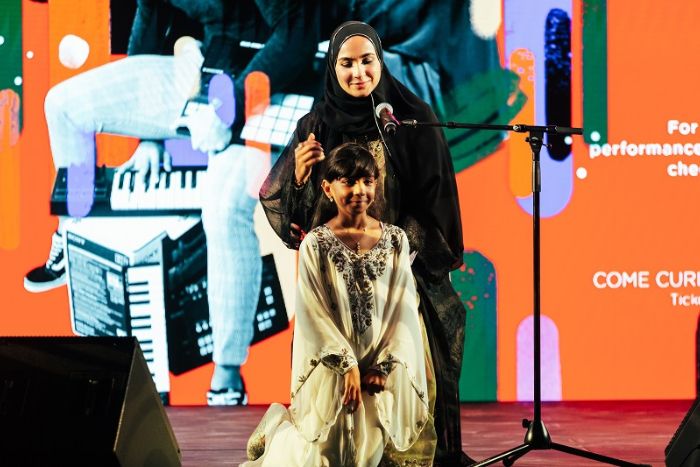 Bringing together poets, singers, and musicians, Hekayah | The Story will celebrate UAE National Day at The East Plaza on 28 November at 7.30pm. 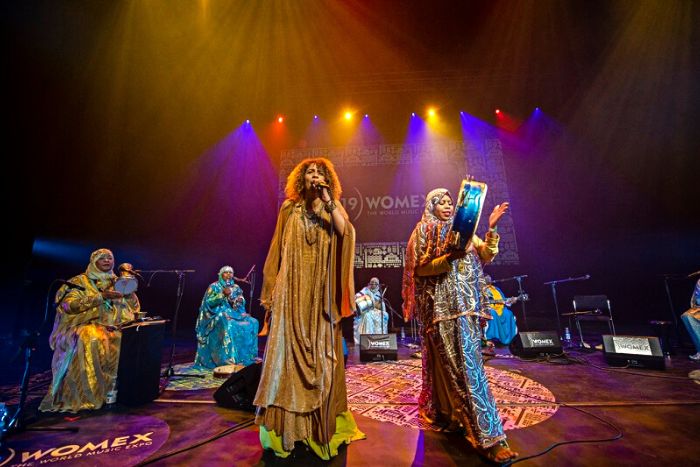 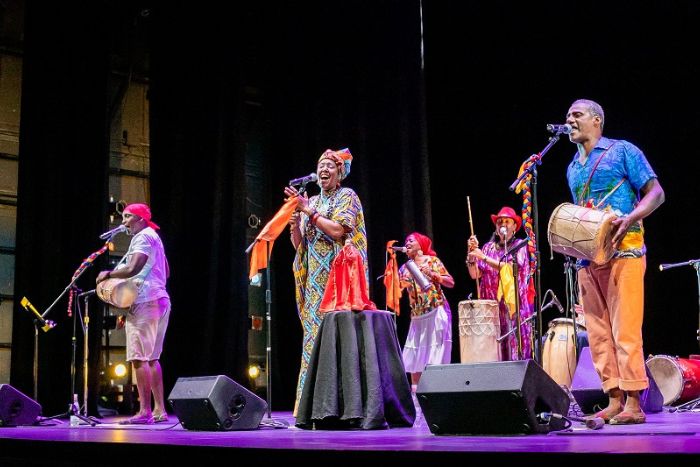 Dance blends with theater in this highly-visual performance that reflects on the universal experience of facing death at The Red Theater on 10 February at 7.30pm.

Celebrating the 150th anniversary of composer Sergei Rachmaninoff, Ioannis Potamousis presents a solo piano programme featuring Rachmaninoff’s miniature and larger compositions side by side with composers that inspired him: Beethoven, Tchaikovsky, and Chopin at The Blue Hall on 27 February at 7.30pm. 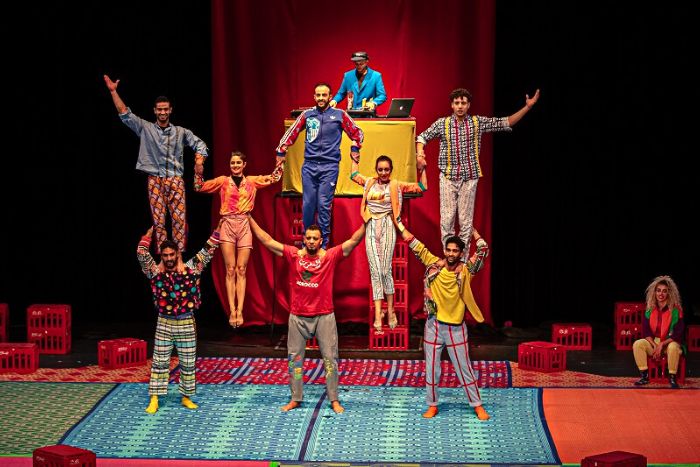